HOLLER! The 5th edition of your most favorite evening for performance will take place on april 10th at Ida Nowhere​.

Debut performance. A theatre piece. It’s dramatic, graphic and speaks from the voice and mind of a killer. A man on death row speaks of inevitable infatuation and betrayal.

A performance for texts-in-progress, tape and voice about places—finding them, losing them, falling into them.

„EMPTINESS.
I’M TRYING OUT EXPIATION YOU GAVE ME.
HOLES INSIDE.
BLUE SILENCE.
MULTIPLE FALLS.
YOU ARE EMPTY.
WE ARE EMPTINESS.
INSIPID“

—
Entry: FREE (donations for artists will be asked)

There will be street food and nice beverages. 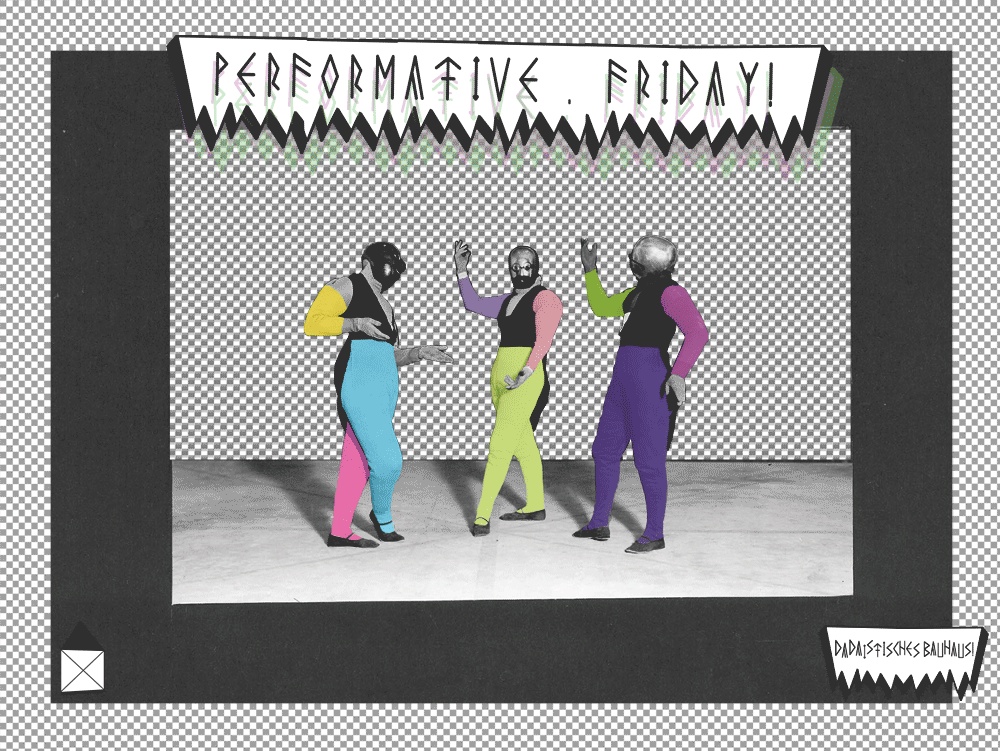 LIFT OFF!
The 4th issue of PERFORMATIVE . FRIDAY! will take place on march 6th at Ida Nowhere!

Still hungover from 100° Festival? Good! So be ready for the upcoming edition of PERFORMATIVE FRIDAY! And for those who missed the performance of ONE : THIRD at sophiensaele, no hustle, babes! On March 6th you will get another chance! Plus hell of a further program!

ONE : THIRD COLLECTIVE – Fate of the Galaxies

„Periodically galaxies cross too close one another
objects of different philosophy begin to interact
attract themselves
slow down
Unravel one of their arms
they do not collide but fly by each other
brief interaction sets in motion tremendous changes
they are drawing back together
their shapes rearrange
flashes accompany creation of new stars
but most of the time nothing happens.”

This is a collaborative project based on resurrecting forgotten memories.

I purchased a plastic bag full of Super 8 reels for 10€ at the flea market. When screening them at home i discovered that what i had in my hands was nothing but somebody’s family memories. After the first shock, i began to feel really disgusted by the fact of this memories being sold, rejected or, at least, forgotten. I projected all the footage and cut it in one minute length clips which didn’t follow any intention or idea and that i offered to writers to give them a second life. The idea was to invent a fictional context for those memories with unknown origin, to write a story in first person that made them their own. So those orphan keepsakes could recover the lost value. And in a certain way, the idea was also to emulate the way our own memory works.

Constellation is an experimental juggling piece which raises the question of what happens when an unstoppable force meets a very short attention span.

Debuts some of his songs. For the first time we will be pleased by contemporary korean-chinese music.

»Hypernation, private nation,
When I close my eyes a new world before me,
I’m travelling backward, I’m travelling forward,
Three dimensions can not confine me.
Don’t recall my name, a stranger in my name,
Time and memory have played a trick on me,
I’m reading a sign, I’m sending a sign,
Certain in mind what the future will be.«

There will be street food and nice beverages.